This talk was in the CCUN Drew Room and focused on how women are viewed within conflict and what roles they play. There was a panel of 4 speakers, including NAWO YWA's Alysha Bodman, and the chair, Juliet Coleman.

The first speaker was a man named Pablo, who has been featured in this weeks TIME magazine and is a protection specialist in the peace sector of the UN. He gave a general overview of women in security, including saying how in the space of 15 the number of women in UN peacekeeping has changed from only 1-2% to the still low figure of 3-4%.

Brenda was the next speaker. She highlighted how in conflict women play a huge, unrecognized role in conflict, for example, in rebel groups. One quote in particular that resonated with me was 'if you don't get women in the beginning, it will be far harder to integrate them [in security roles]'. It was very interesting to see how women have to be engaged in all sectors of military reform, and she made it clear that women are not just peacekeepers; they are fighting on the frontline too.

Alysha Bodman from NAWO YWA gave a passionate and well researched speech on women in security. She mentioned some shocking statistics, like the fact that 26000 women were raped and sexually harassed in 2012. Alongside this she questioned how women in societies where they are prohibited from interacting with men can get a feeling of safety and security and provided examples of solutions such as female Nigerian peacekeepers visiting high schools.

Finally we heard from General Rachel Grimes who spoke from experience of how the role of women is so overlooked within the military specifically. She emphasized that you CAN be a feminist in the military, although there are few and far between. She also explained how, sadly, you need support from male senior advisers if you want to get women included.

Overall, this was a very informative topic, and one that most of us went into not knowing much about, yet came out feeling inspired and certainly more knowledgeable.
Posted by NAWO YWA Delegates 2015 at 20:30 No comments:

We asked Youth CSW Forum panel member and CEO of Emergent Holly Ransom (@hollyransom) her one piece of advice for girls:

'There's two parts to that: from a confidence point of view there's surrounding yourself with people who will believe in you and are going to back and support you. The importance of mentors, advocates and sponsors is just absolutely key, when we have an idea for how we think we can go about leading change, we go and sit down with 20 people who are in all different sorts of fields and we say "what do you think? Here's the way we're thinking about it, now help us shape a way that's going to actually take it forward" so having those sounding boards and having those people who are experienced in all those different sectors is such a big game changer in helping us to actually implement change, and those people that can sponsor you and back you to help you get resources that you need to be able to fund an organization and get a new initiative off the ground that's really important too. So I think find the sorts of people that share your belief and are going to have the ideas or resources to make it happen' 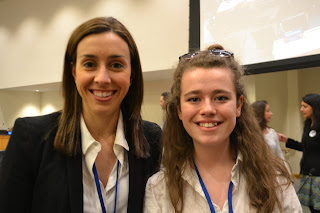 Today (12th March) we attended the first ever Youth Forum at the Commission on the Status of Women, in the UN Building. We started the day listening to a panel of influential and thought provoking women who have all over overcome certain issues related to gender equality:
There were also various cultural breaks throughout the morning panel; we saw a traditional Korean dance and heard an Argentinian serenade.

Periodically, we split off into discussion groups where we talked about issues such as the role of faith in gender equality. This was a really informative part of the day as we got to hear the views of people around the world.

After lunch, and a really nice burger, we were given a choice of workshops to attend on a range of issues from violence against women, to climate change to girls education. These were eye-opening and gave us the chance to talk and learn about even more issues involving gender.

The second panel we listened to included a UN Youth Delegate from Romania, the Brazilian Ambassador to the UN and several other interesting people. One particularly fascinating speech came from Madame Rumi, who talked about many issues impacting women today. It was truly intriguing, even if it was 40 minutes long!

At end the day all of the youth representatives sang along to a live performance of 'I Am A Girl' by Tennille Amor, which got even the ambassador dancing! 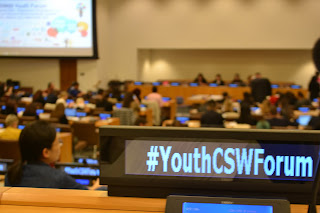 It's only a few days until we (the 2016 NAWO YWA delegates) go to New York to attend the 60th UN commission on the status of women! This year's priority theme at CSW60 is 'Women's empowerment and it's link to sustainable development', meaning all of our speeches will have a focus on the Sustainable Development Goals, which you can read all about here, and you can read about what each of us are speaking about CSW here.

We hope to not only keep this blog updated during our time in New York, with posts about each of our speeches, interesting events we attend and blog posts about what we have learnt, but to keep posting beyond CSW and keep the blog updated with everything we continue to get up to, aswell as posts about our individual views about equality for women and what we each feel passionate about.

We have 20 days left until exams are OVER and we can update you all again with what we've been doing - which we're really excited about!

But to set the scene of what we've been working on since New York, and what we're doing with NAWO & Peabody tomorrow in London, here's a little - important - entertaining video to watch with a cup of tea.

You may have noticed that in the last few weeks we haven't been updating the blog as frequently as we like to!

Unfortunately the reality of exams have hit and with less than a month to go we are getting our heads down and revising every other second we have.

However, the seconds which aren't being spent revising have been spent organising, tweeting, emailing, setting up, collaborating and creating a lot a lot of exciting plans which we are looking forward to sharing with you very soon!

Since we've been back we've been doing lots of assemblies, meetings, talks and feedback sessions about what we got up to and the learning and issues we want to share and take forward.

In the mean time before we're able to share the events and programs in the pipeline, as well as get back to uploading our thoughts and blog rants (of which we have scribbled down as drafts excessive amounts) we thought we'd upload a few pictures of our time in New York! 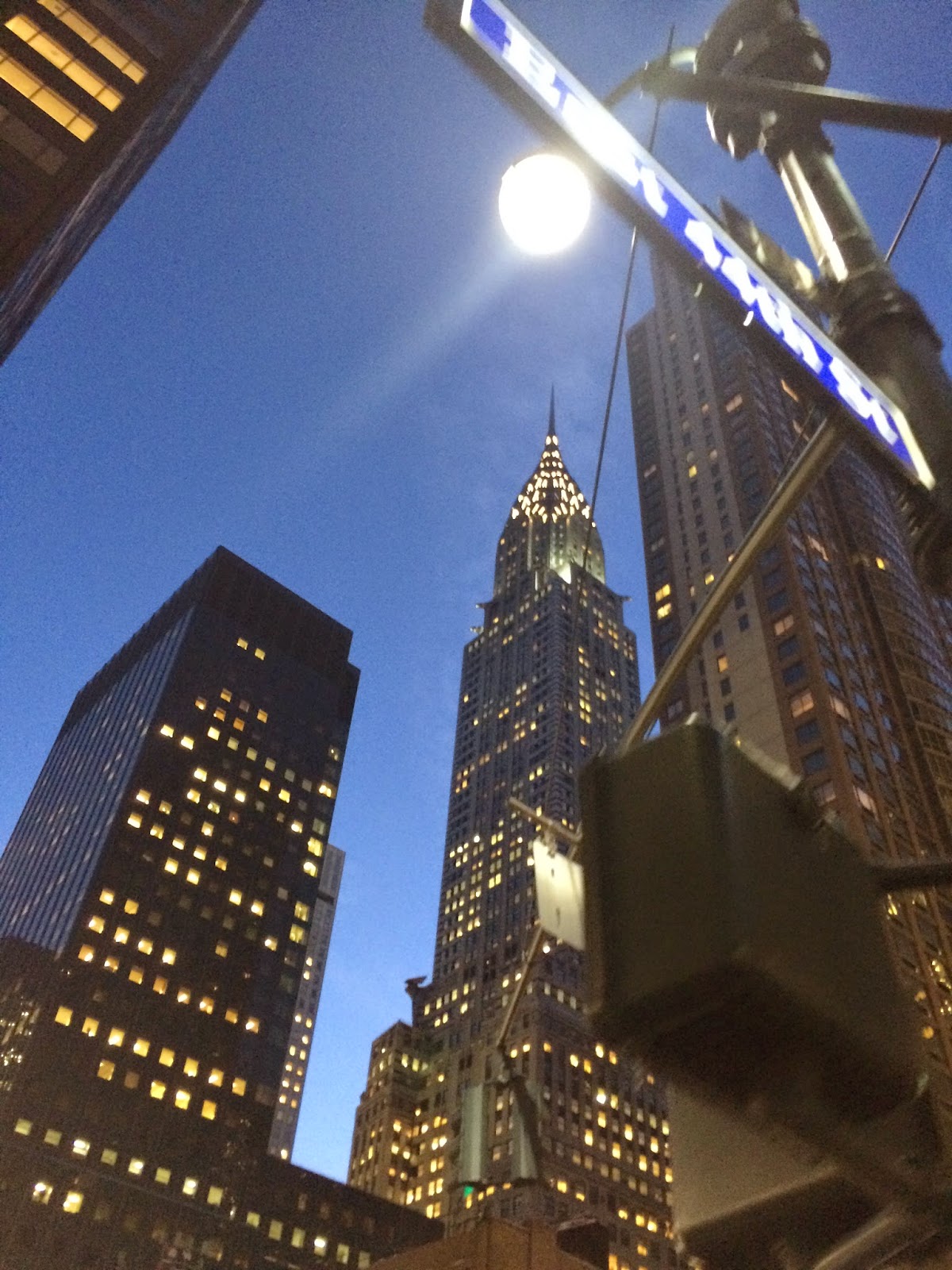 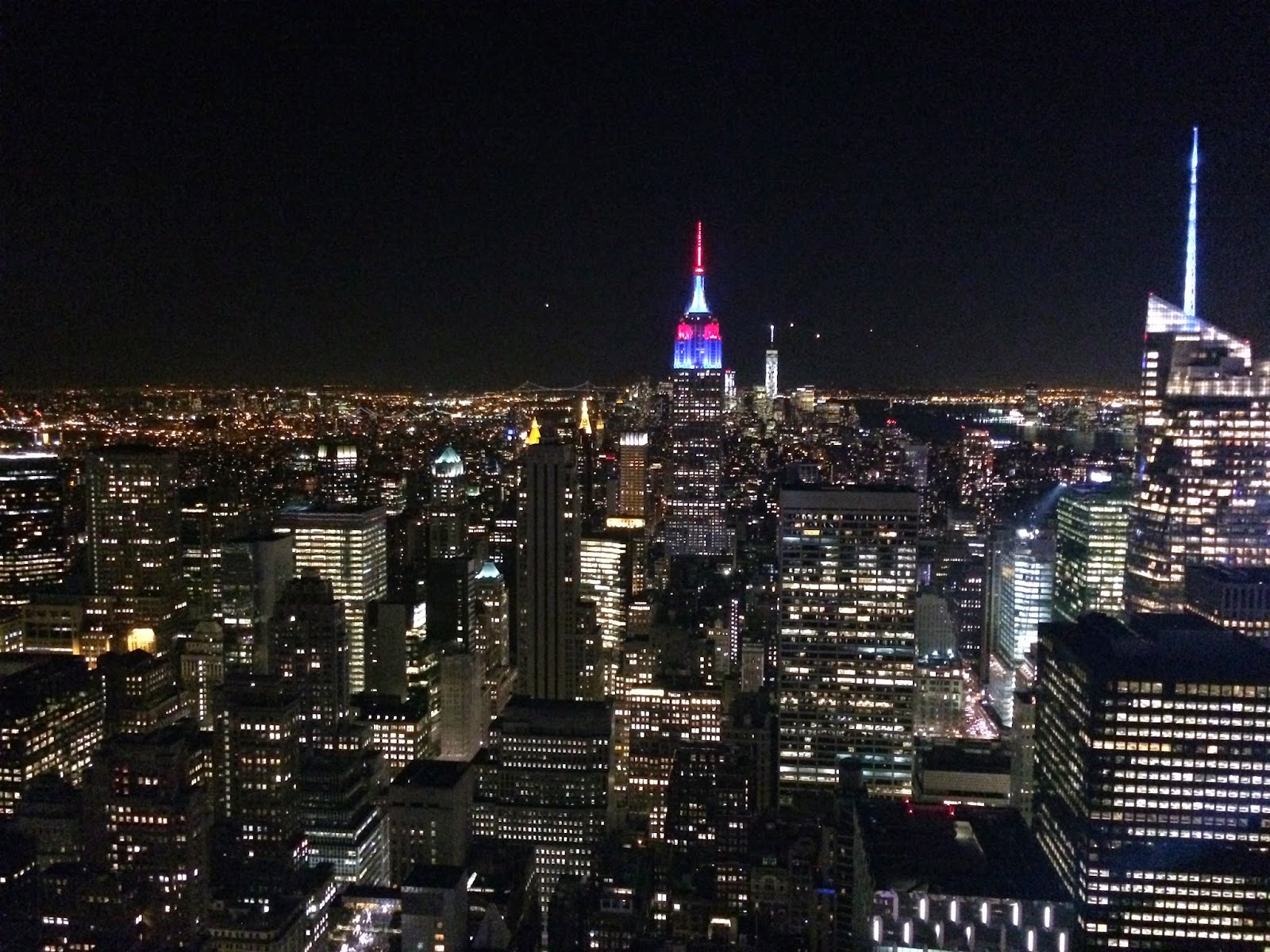 'My Vision for the Future of Equality in Volatile Areas'

No harmful religious, cultural or social practice can be allowed to supercede human rights. I have drawn on my experiences as a young girl from the UK and some areas within BASIRA's Middle East and North Africa region to propose what I believe must be the path forward, towards true gender equality.

The experience of CSW was utterly incredible, this is how I summed it up to Humans of CSW59: 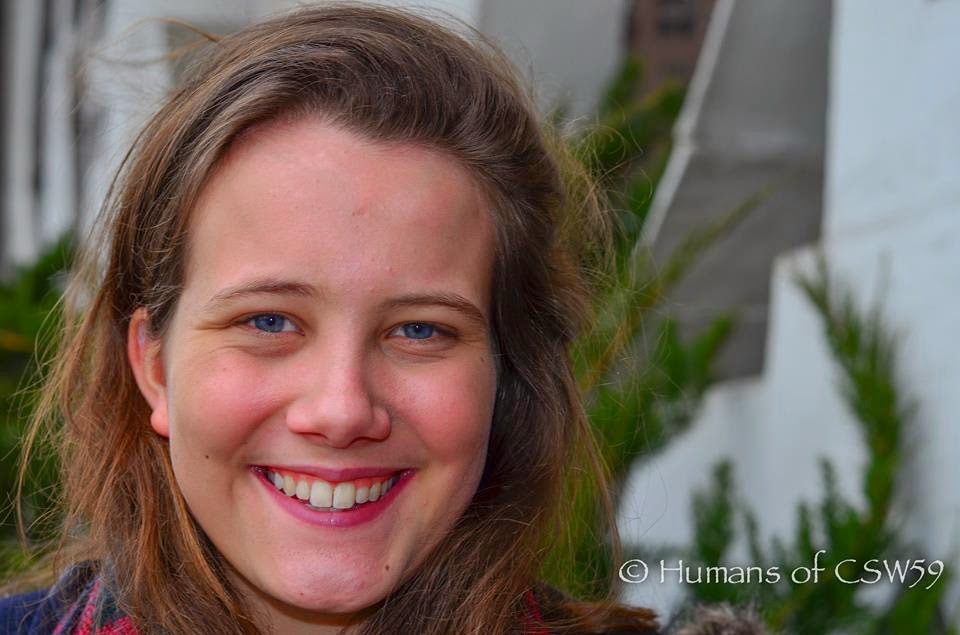 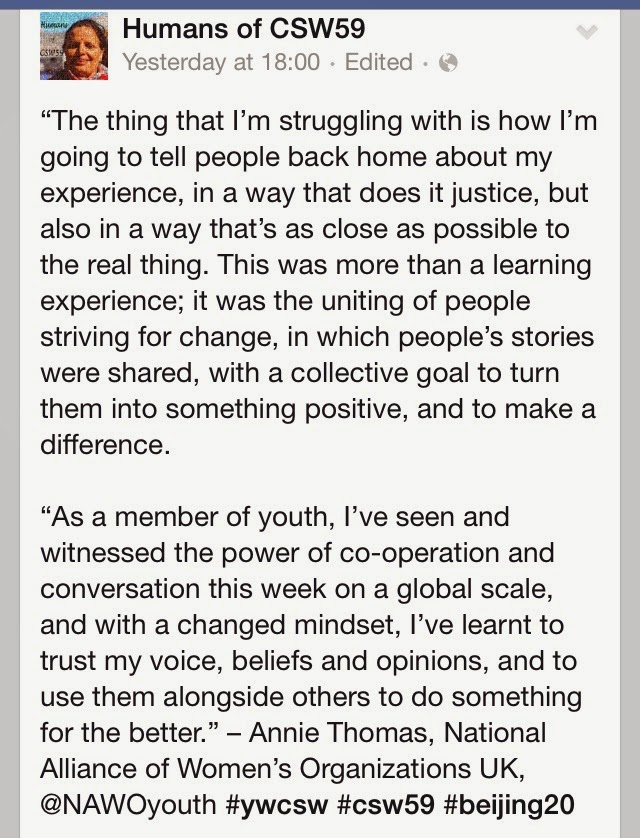 Gender equality. Feminists. CSW-goers.
Find out more on our About Us page